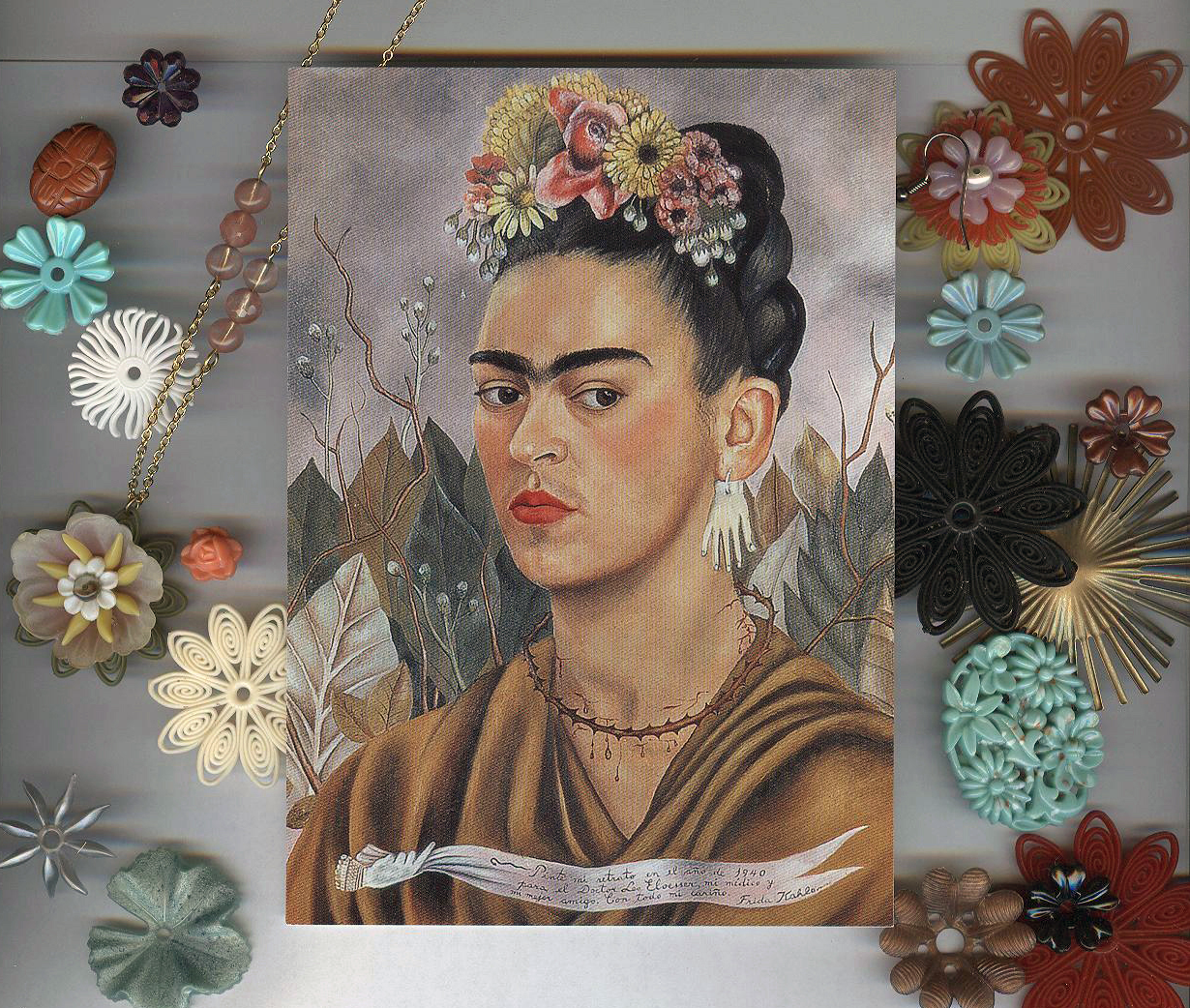 Magdalena Carmen Frida Kahlo y Calderon, as her name appears on her birth certificate was born on July 6, 1907 in the house of her parents, known as La Casa Azul (The Blue House), in Coyoacan. At the time, this was a small town on the outskirts of Mexico City.

Her father, Guillermo Kahlo (1872-1941), was born Carl Wilhelm Kahlo in Pforzheim, Germany. He was the son of the painter and goldsmith Jakob Heinrich Kahlo and Henriett E. Kaufmann.

Kahlo claimed her father was of Jewish and Hungarian ancestry, but a 2005 book on Guillermo Kahlo, Fridas Vater (Schirmer/Mosel, 2005), states that he was descended from a long line of German Lutherans.

Wilhelm Kahlo sailed to Mexico in 1891 at the age of nineteen and, upon his arrival, changed his German forename, Wilhelm, to its Spanish equivalent, ‘Guillermo’. During the late 1930s, in the face of rising Nazism in Germany, Frida acknowledged and asserted her German heritage by spelling her name, Frieda (an allusion to “Frieden”, which means “peace” in German).

Often imitated, but never duplicated, our “Frida” Collection was the first 3-dimensional floral garland necklace on the market.

Frida’s mother, Matilde Calderon y Gonzalez, was a devout Catholic of primarily indigenous, as well as Spanish descent. Frida’s parents were married shortly after the death of Guillermo’s first wife during the birth of her second child. Although their marriage was quite unhappy, Guillermo and Matilde had four daughters, with Frida being the third. She had two older half sisters. Frida once remarked that she grew up in a world surrounded by females. Throughout most of her life, however, Frida remained close to her father.

The Mexican Revolution began in 1910 when Kahlo was three years old. Later, however, Kahlo claimed that she was born in 1910 so people would directly associate her with the revolution. In her writings, she recalled that her mother would usher her and her sisters inside the house as gunfire echoed in the streets of her hometown, which was extremely poor at the time. Occasionally, men would leap over the walls into their backyard and sometimes her mother would prepare a meal for the hungry revolutionaries.

Kahlo contracted polio at age six, which left her right leg thinner than the left, which Kahlo disguised by wearing long skirts. It has been conjectured that she also suffered from spina bifida, a congenital disease that could have affected both spinal and leg development. As a girl, she participated in boxing and other sports. In 1922, Kahlo was enrolled in the Preparatoria, one of Mexico’s premier schools, where she was one of only thirty-five girls. Kahlo joined a gang at the school and fell in love with the leader, Alejandro Gomez Arias. During this period, Kahlo also witnessed violent armed struggles in the streets of Mexico City as the Mexican Revolution continued.